Who Really Controls The Internet And How Can You Take Control

The Technology age is here,  and the new battle space is the internet. Originally, the internet was used primarily for researching information online. Technology has improved making the internet more than just a thing we use for research, instead, it’s become an internal part of our everyday lives. Studies project that mobile and wireless devices will explode in popularity far beyond even the current rate of growth. Currently, the average person carries 1-3 devices and within the next 10 years or so, people will carry between 5-10 WiFi capable devices on their person at all times. To most this sounds like a science fiction movie, but these are statics coming from credible rating agencies. Large event facilities have gotten the memo and began beefing up their Wi-Fi capability up to 10 times its current capacity. As bandwidth speeds improve, more people will turn to video streaming to both send and receive information. Recent studies project that up to 90% of the internet could be video in the coming years. Smartphones like the Apple iPhone allow everyone to have high definition camera on them at all times. Users of popular applications like Instagram and Snapchat are almost entirely mobile-based. As technology continues to quickly evolve people will eventually do everything entirely on a mobile device. Using devices will become second nature until we reach a point where they will be implanted in our body.

We’ve established the importance of the internet, now the question remains, how do you control the internet? If the internet is soon going to be a part of every aspect of our life, then it becomes critical to learn how to use it properly. Entrepreneurs that can successfully harness the power of the word wide web for personal gain will make some of the biggest fortun 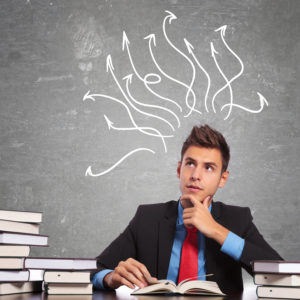 es ever known to man. Those who fail to adapt to the newest technology will fall behind the curve and end up becoming irrelevant in modern society. In order to master the digital space, one must first master their own mind. Digital marketing is similar to every other occupation out there in the fact that if you want to be a true leader in your field you need to use every advantage possible. You must find a way to be smarter, quicker, and more focused than your competitors. Over the years, I have developed a routine that has dramatically helped me grow as a person based on the secret law of attraction. This daily regimen focuses on harnessing my energy and willpower directly at the goal I wish to accomplish. The secret to success is the ability to control the mind, and harness it’s power towards a specific aim. In your mind, there should be no doubt, no worry, or no chance of failure. Once one begins to take on this mindset he will suddenly see the doors open. Controlling the internet simply means using leverage to direct and control it. The goal would be to tilt the scales in such a way that money flows into you at all times. This gone by done a variety of ways including passive income streams, client work, advertising, and more. In fact, there are limitless ways to make money off the internet, the only barrier is your own mind.

If you want to control the internet your going to need a lot of dedication, talent, and ideas. While the ideas and possibilities are almost limitless, the ability to execute these ideas is the real challenging part. Using tricks like the law of attraction, positive thinking, and daily affirmations you can supercharge your success and create a life you’ve always dreamed of. You can also learn more on the law of attraction by Bob Proctor’s six minutes to success which is a great course to get started with.